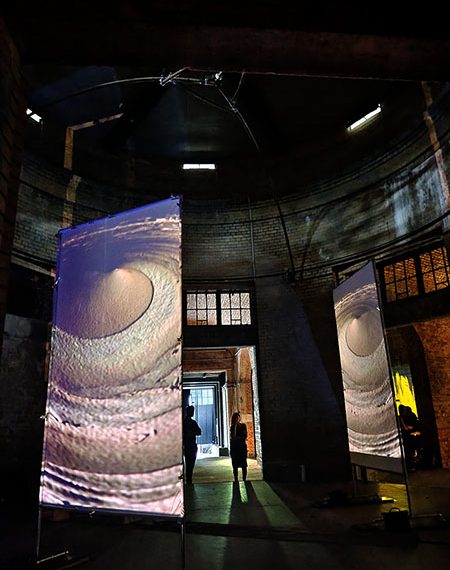 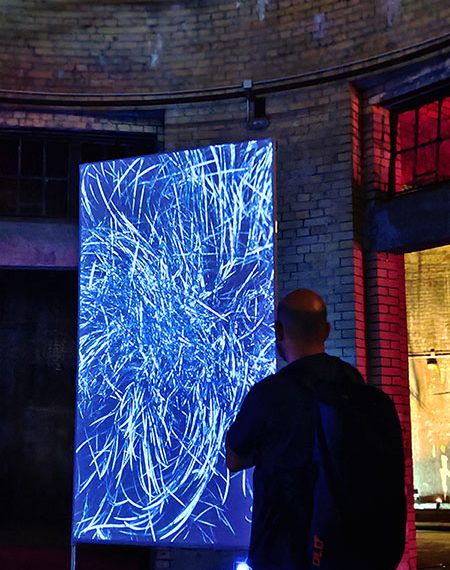 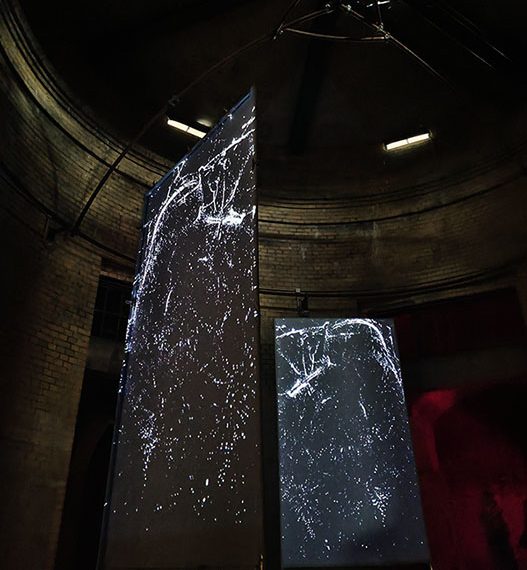 There are two main weather events that make headlines in the United Arab Emirates: sandstorms and rainstorms.

Lately, there has been more rainfall than ever before in the UAE due to cloud seeding operations by the National Centre for Meteorology (NCM). Cloud seeding attempts to increase the amount of rainfall by sending planes with hygroscopic flares filled with a mixture of potassium chloride, sodium chloride, magnesium and other materials (or simply, salt). While the increase in rainfall is combating the heat and saving the country from rapid water scarcity, it has also meant that weather patterns have become largely unpredictable and extreme conditions from both ends of the spectrum – from intense sandstorms to heavy rainfall – seem more frequent. STORM is an exploration of human intervention on weather patterns. The piece shifts from sandstorm to rainstorm and uses a weather API to extract climate data from the UAE to manipulate the visuals. Sand from the dunes of Umm Al Quwain was used as an input in the sound and image creation. By touching the sand, different soundscapes were triggered that influenced the visuals in the piece.

Directed and performed by Harshini J. Karunaratne, and sound by DJ Pho. With support from Mohamed AlZarooni and Riccardo Torresi.

A version of STORM was exhibited in Berlin at Automaton’s The Lab2 exhibition in June 2022.